BONAS GOLD is an indigenous artisanal mining company registered and operating since since 1989 and specializes in mining of non-ferrous metal like gold and dealing primarily in gold dust and gold bars. We own and control several mining sites in mining communities of the Eastern Region of Cameroon, especially the town of Bertoua.

Before the discovery of six new gold fields where in Cameroon in 2012, there were only nine primary gold mining fields in Cameroon that were big enough to be nationally considered gold fields and BONAS GOLD alone owned four of them. Being one of the prestigious mining companies in Cameroon to fully participate in the views and actions of the Artisan Mining Support and Promotion Framework (CAPAM), an outfit created by government to channel gold into the mainstream of industrial production, BONAS GOLD held a high priority position in the scramble of those newly discovered gold fields and finally acquired unrestricted licenses to three, raising the number of her gold mining fields to seven.

Today, with the discovery and acquisition of more gold mining fields in Cameroon we own 24 mining sites and counting, maintaining a capacity and the capability to meet your gold dust demand on weekly or monthly basis, based on the purchasing power of buyers as well as their satisfaction with our contractual agreement with other customers around the world.

Should you be interested, we would like you to indicate by contacting us for negotiation. The stock is located within the Cameroonian city, Bertoua Cameroon. You may also act as a broker or agent in sourcing for serious buyers on an 11% commission basis from us.

How to Order Gold from Cameroon
Since Cameroon is a CEMAC member state, you need the Obligatory Buyer's Permit Registration before you can buy gold from

How do I trade in gold online
This is a description of how to trade gold online. Since the price of gold is constantly fluctuating, it can 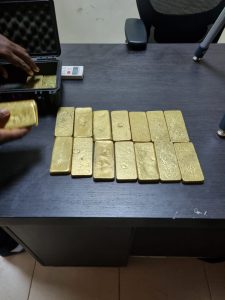 Order Gold from Cameroon Online
Thanks to the persistence of several mining companies in Cameroon, we have pushed the government to streamline the process of
« Previous 1 2 3 4 … 9 Next »